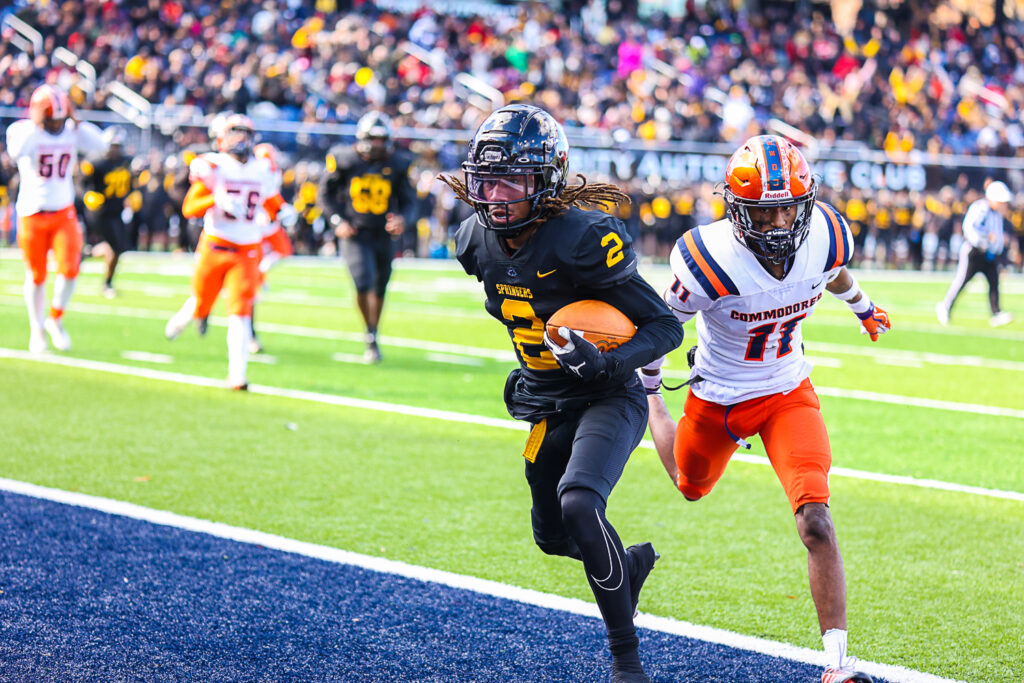 Coach Loren Johnson and the Highland Springs Springers returned back to the mountain top as the successfully completed a 15-0 season and capturing their 5th State Championship in the last 8 years. The Springers took on a scrappy Maury team in their hometown of Norfolk, Va on the campus of Old Dominion University. This was their 3rd matchup in the last 5 years in which the Springers have won all three.

Senior Defensive Back Lance Nelson made the first big play of the game as he picked off the Maury QB and took it back 66 yards to the house for the games first touchdown. Shortly after Ta’kye Heath (Virginia Tech Commit) caught a corner route and took it into the endzone only for Heath a few plays later to intercept Maury’s QB to return it back into their territory.

Senior Cornerback Braylon Johnson (Virginia Tech Commit) spoke in the post game press conference about how important this season was after last years loss in the state championship. “We got back to work maybe 2 weeks after the season ended and my dad (Loren Johnson Head Coach) made shirts that said finish and that was always the goal and focus.

“Guys that I’ve been around since they were seven years old because of the youth programs that my sons have been affiliated with. I mean it’s just it’s wonderful. It’s a great feeling.” Johnson said as all of his senior guys were in the press room taking in this moment with their head coach and teammates. 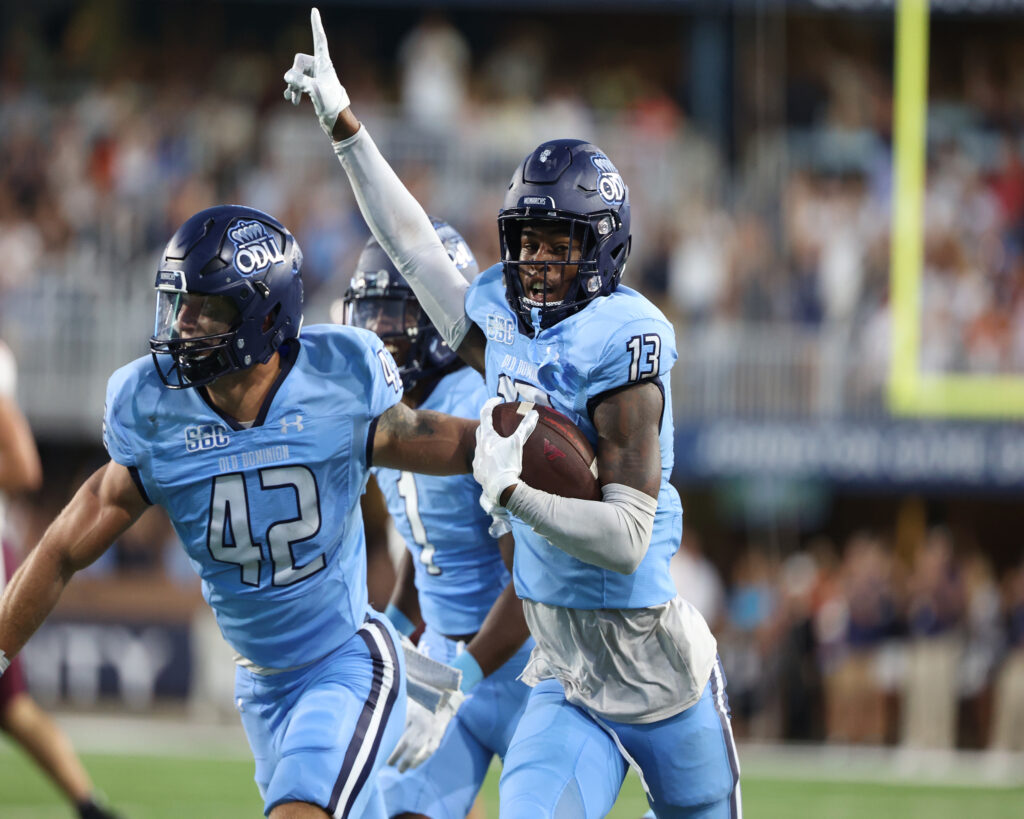 The excitement has come back to Norfolk, VA as the Old Dominion Monarchs are out to prove that they are worthy of competing against the high-level competition within college football. On Saturday night the Monarchs took down Virginia Tech 20-17 in front of 21,000 fans. This was the second time Old Dominion has upset Virginia Tech in the last 4 years.

Entering the 2022 season, Old Dominion made the jump to the SunBelt conference after 22 years within the CAA conference but their first matchup was a very familiar foe as the two coaches already were well associated from being college associates at Vanderbilt and Penn State.

Junior Standout Ali Jennings WR (West Virginia Transfer) who is also a Richmond Native had a standout performance as the 6’2 196lb Jr had 5 catches for 122 yards. Jennings also had one of the biggest catches of the night which led to Blake Watson’s 1 yard go ahead TD run. Jennings came into the game with a chip on his shoulder has Virginia Tech did not offer the standout Highland Springs receiver coming out of high school.

Old Dominion’s defense was swarming Wells all day as the forced the Virginia Tech QB into 4 interceptions one of which sealed that game by Lamereon James Sophomore standout cornerback/kick returner from Indian River High School. Penalties also hurt the Hokies as they committed 15 penalties for 121 yards.

”Tonight was frustrating for them because they knew they could play better,” Rahne said. ”You know, I think part of it was that they wanted to come out and play so well that they played a little tight. And that’s not who we are.”

The teams are scheduled to play in each of the next nine seasons with four of those contests coming at Old Dominion.